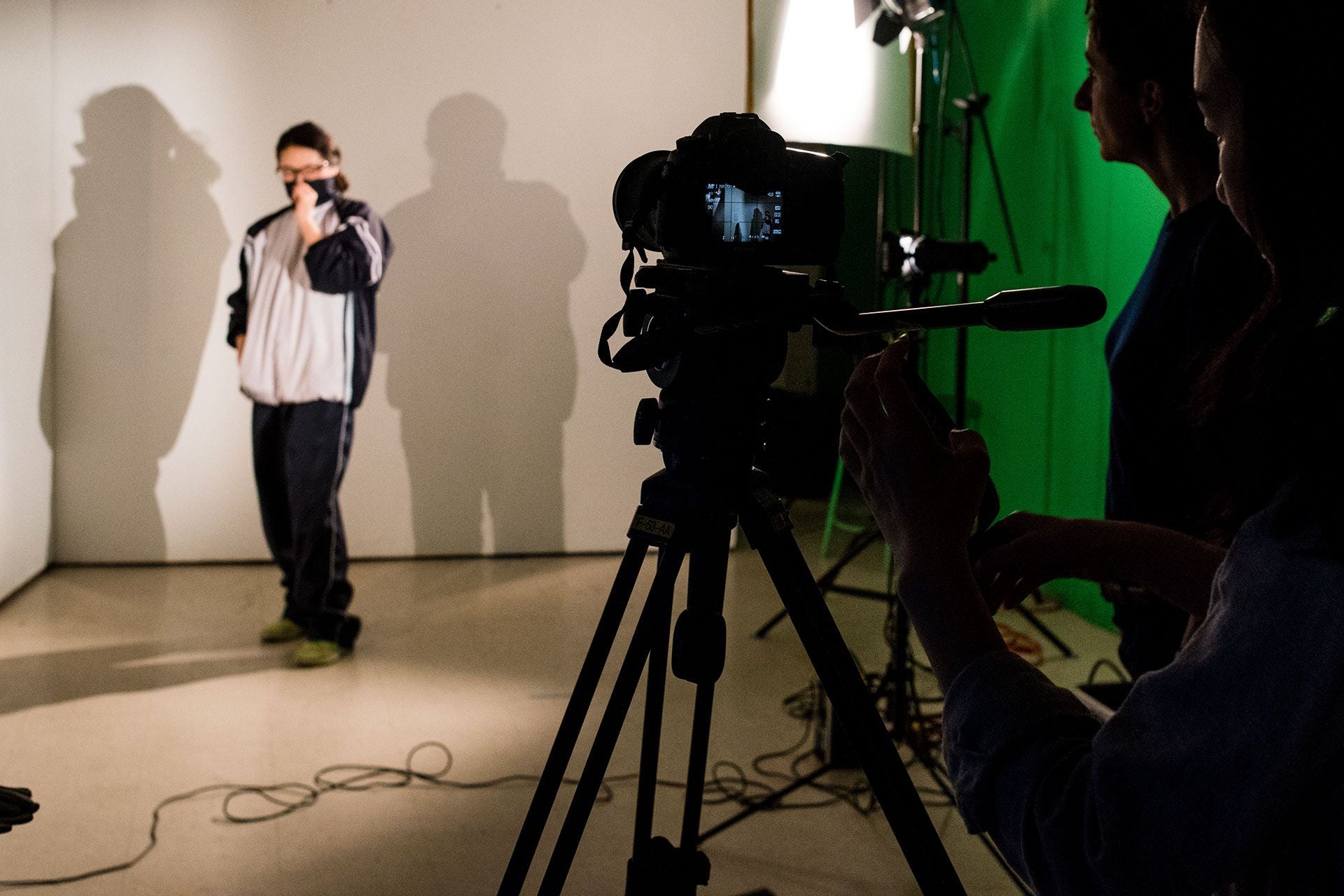 Students can engage in moving image practice through a variety of conceptual and technical traditions, in courses that investigate both cinema and gallery-based work.

The film and video facilities support moving image production in video, film, and time-based digital media. Courses expose students to the history of the European and American Avant-Gardes and traditions in experimental cinema as they relate to theatrical, gallery-based, and emergent platforms of distribution.

The film and video labs are built to foster a wide variety of skill sets such as production skills, camera operation and composition, lighting, film and digital editing techniques, projection and digital display in theater and gallery contexts, post-production, expanded cinema, and multi-channel video installations. Film and video easily overlap with students’ investigations in disciplines as diverse as performance, installation, sculpture, sound, and animation.

FLM 0124 - Introduction to Moving Image
This beginner level studio class will introduce students to the conceptual and practical aspects of the medium of moving image, covering basic production skills such as camera operation and composition, editing in Adobe Premiere Pro, and special effects (green screen, compositing etc.) in Adobe After Effects.

FLM 0105 - Critical Screenings
This hybrid studio/seminar focuses on durational art forms of film, video, animation, or sound to help students in media arts focus their research and inspire their practices by examining the ways sound and moving image artists structure concepts over time.

FLM 0158 - Directing and Acting
In this course we will explore the relationship between "Director" and "Actor" through a series of exercises, rehearsals, castings, shoots, and screenings.

VID-0004 - Video I
This course features a series of intensive workshops designed to give you the skills to become a technically proficient and thinking video maker. Students produce individual projects through hands-on instruction in camera composition, lighting, sound, and editing.

VID-0105 - Video II
A course for experienced video students, the emphasis for the course will be the intersection of video art, motion graphic design, and music. Using HD cameras, including DSLR/hybrids, and software such as Adobe Photoshop, After Effects, and other video and audio tools, students are encouraged to think of video as a plastic medium with a direct relationship to music, as well as other fine art mediums and graphic arts.

How Film and Media Studies Grew at Tufts

From movie fans like me to working filmmakers and scholars of the cinema, Tufts faculty have sharpened the university’s focus on the subject