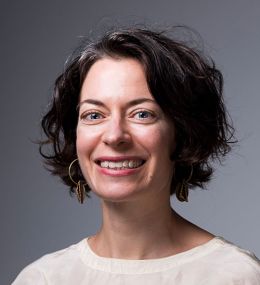 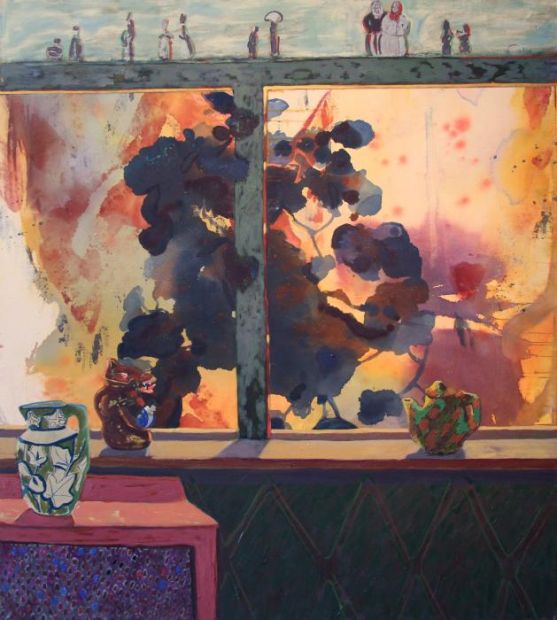 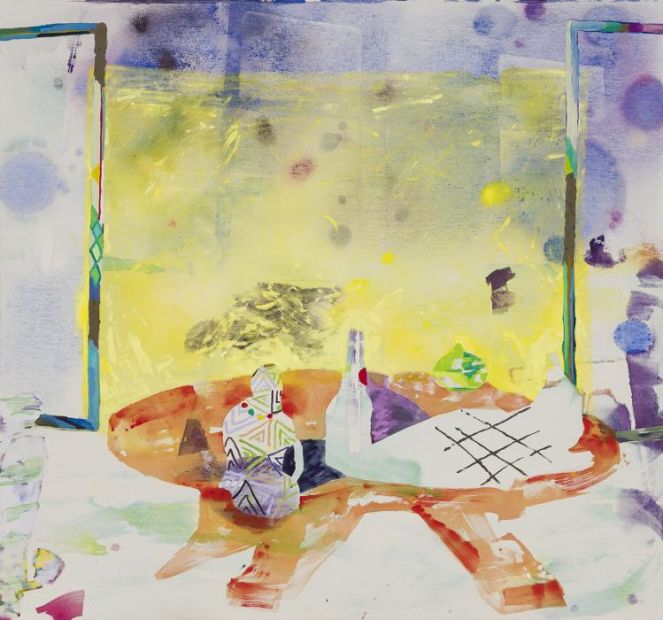 Angelina Gualdoni is a painter working in the genre of still life and interiors. Through use of dyeing, pouring, staining and historic textile patterning, she links various women’s creative practices from industrial to domestic, decorative to metaphysical.

Gualdoni's paintings have been the subject of solo and group shows nationally and internationally at the Queens Museum, NY, St. Louis Art Museum, MO, the Museum of Contemporary Art, Chicago, IL, The Aldrich Museum, Connecticut, the Museum de Paviljoens, Netherlands, and the Neuberger Museum, Purchase, NY. She has been the beneficiary several grants and fellowships, including Artadia, Pollock-Krasner, NYFA (2008, 2015), and has attended residencies at MacDowell Colony, Skowhegan School of Painting and Sculpture, and International Studio and Curatorial Program. She has received reviews and mentions in the New York Times, The New Yorker, Art in America, ArtNews, and Huffington Post, amongst others. Gualdoni received her BFA from the Maryland Institute College of Art in Baltimore, her MFA from the University of Illinois in Chicago.

She resides and works in New York City and Boston, and is represented by Asya Geisberg Gallery in New York. She is a Professor of the Practice in Painting and Drawing at SMFA at Tufts. Gualdoni is one of 12 co-founders at an artist-run exhibition space Regina Rex, active in Bushwick and the Lower East Side, 2010-2017.

I make paintings of still lives and interiors. I render these spaces as in flux through a process of stain painting on raw canvas with thin veils of acrylic paint, often interrupting the image with more viscous eruptions and pours. Amidst suggestions of windows, doors, and table tops, I insinuate the character of the room's absent inhabitant(s) by populating it with mundane objects such as laptops, children's building blocks, houseplants, juxtaposed with more esoteric objects. I imagine the women who have shaped these rooms going about the labor of everyday tasks while striving to change their reality through both rational and mystical means. I am interested in these domestic interiors as a locus of social issues of labor, as well as a site where mimesis/reality comes into conflict with the abstract and magical.

I highlight the multiplicity of types of labor performed by women by incorporating works by historical female artists who inhabited simultaneous roles as fine artists, textile, set and fashion designers, wives and mothers. While the economic conditions, motivations and opportunities of the early 20th century differ from ours, these women occupied essentially similar positions as do women today, straddling multiple roles and obligations. In order to draw parallels between our times, I use patterns by Sonia Delaunay and Stepanova Varvara as wallpaper or backdrops in my interiors, making their work the foundation or stage for my interiors. Frequently, I will begin a painting using a technique of staining through canvas from back side to front. This has the effect of making patterns and objects flicker in and out of existence, pointing to the liminal visibility (historically), and ghostly presence of women's contributions in arts, design, and domestic realms.

In all my paintings, I am interested in merging the domestic with the intellectual, and folk tradition with fine art, in order to unsettle our relationship to feminized interior space. Dynamic interiors populated by references to historical female artists give a sense of the psychology of obstructed female ambition: instead of resigning themselves to norms, women have consistently sought education, status, and fulfillment through peripheral paths, often transfiguring their relationship to domestic life in the process.