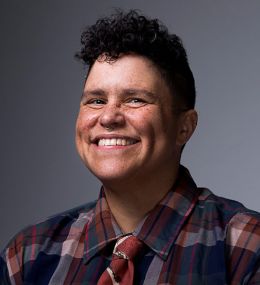 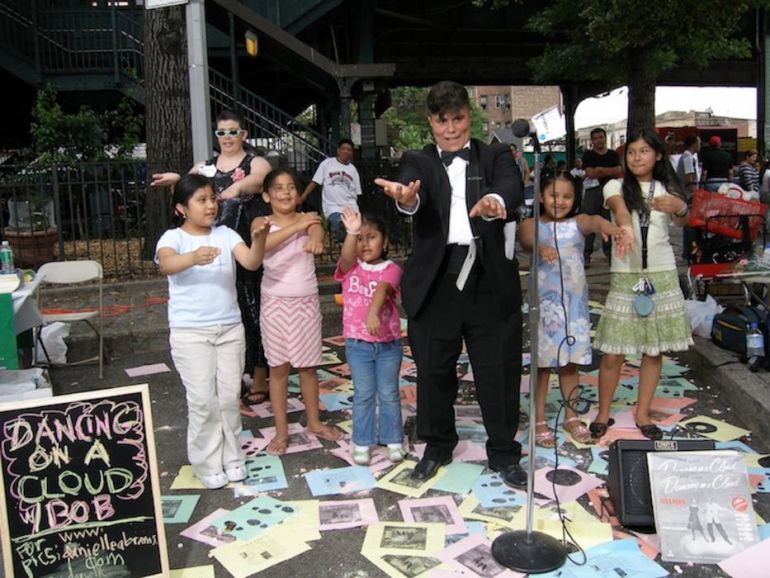 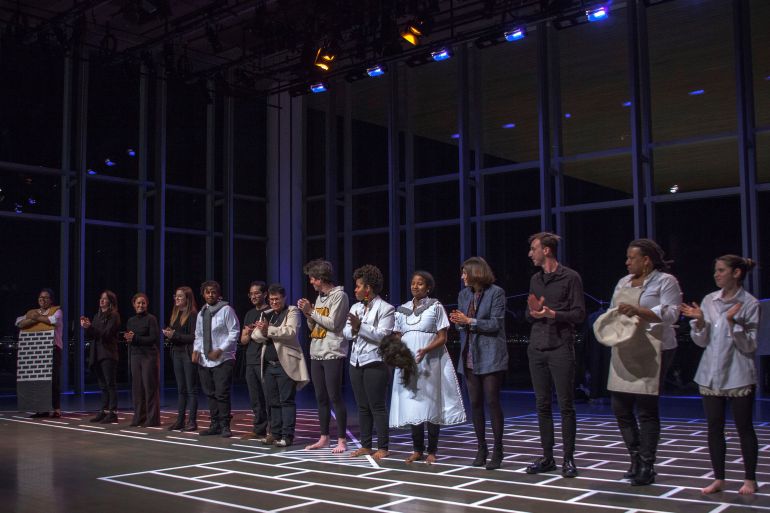 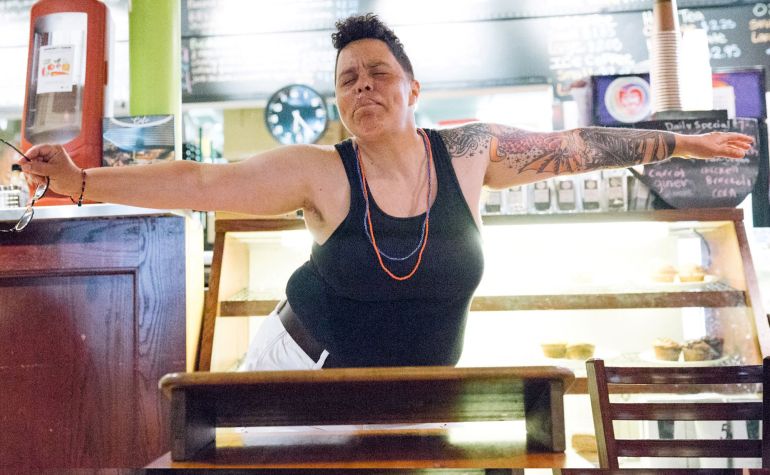 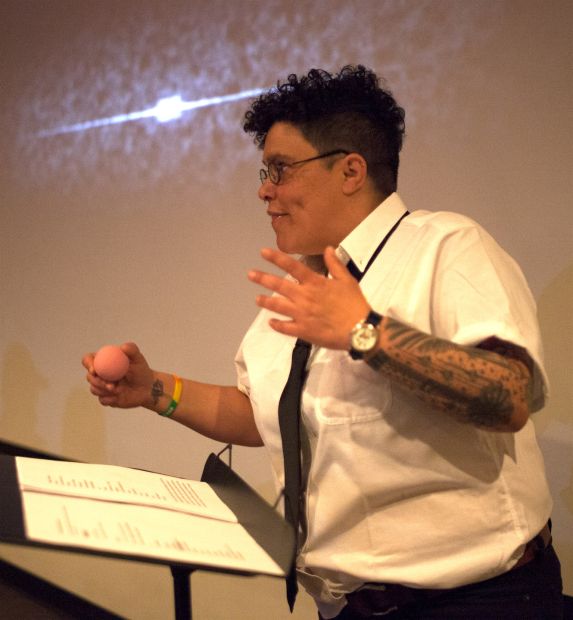 Danielle Abrams has performed for over 20 years as personae that emerge from her interracial family, and from a lexicon of figures in art history and popular culture. Some of her past performances include Quadroon, in which she embodied her black Southern grandmother, and New York Jewish bubbie. In Routine, Abrams cleansed Catskills entertainment of its racist legacy through performing a comedy routine while bathing in a tub of borscht. In After Before the Revolution, she cast herself in Eleanor Antin's role as a black (and Jewish) ballerina, and reshuffled the tenets of western Modernism as a member of the Ballet Russes accompanied by the Black Panther party. In her latest performance, Nominee, Abrams envisions being interviewed by a panel of African-American artist-politicos, Jewish grandparents, and iconic representations of multiculturalism, including Adrian Piper, the Black Panthers, anonymous notables in the black contemporary art scene, and President Barack Obama. Her nomination launches the panel into a heated, frank, and irreverent discussion about politics, aesthetics, privilege, and interracial identity. Abrams' performances upend the limits of stereotype and representation. As each of her characters transfigure into new ones, prejudicial assumptions are traded in for complex dialogues. Her work blends scripted and improvised language, and public encounters that rely on engaged participation. She utilizes performance in expansive fields that include film and video, spoken word, puppetry, installation, movement, and stand-up comedy.

Abrams currently teaches at the School of the Museum of Fine Arts at Tufts University, and has taught at the Stamps School of Art & Design at University of Michigan, the MFA Program in Interdisciplinary Arts at Goddard College, and the City University of New York. She is the 2018 recipient of the Distinguished Artist Award from the St. Botolph Club Foundation. She was a Faculty Fellow at the Tisch College of Civic Life, and is a Visiting Scholar at the Midlo Center for New Orleans Studies at the University of New Orleans.

Danielle Abrams' performances arise from the social currents that shape her mixed race and queer identity. She adopts personae that animate the dualistic relationships between racial and ethnic groups. Her work stages interactive encounters, and with plays, puppetry, and monologues, she re-imagines the narratives of art history, civil rights, and popular culture. She poses scenarios between African-American revolutionaries, political icons, Jewish ballerinas, Borscht Belt comedians, and her own black and Jewish family from Queens, NY. By rearranging time periods and juxtaposing clans, Abrams’ characters build a unique social vision that rewrites the scripts of the past.