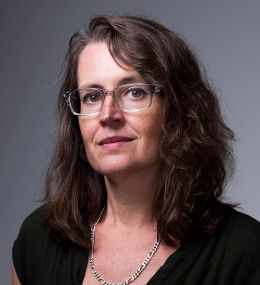 Emily Gephart is a historian of the Art and Visual Culture of the United States, with an emphasis on ecocriticism and on the history of perceptual psychology. She has a PhD from the Massachusetts Institute of Technology in the History, Theory and Criticism program, and holds a MA in Art History from Tufts University and a BA in Art History and Studio Art from Oberlin College.

Her research spans many forms of visual culture: she has published and presented on how new scientific approaches to the unconscious mind informed the work of American artists and critics in the early 20th century; on poetic satire and pictorial criticism of modernism in the 1916 Spectra hoax; on transatlantic encounters with the oceanic commons in art; on coordinated human and animal aesthetics in millinery fashion; and on the fabrication and perception of fly fishing lures, among other examples of 19th century 'ecologies of mind.'

Her published articles and reviews have appeared in journals such as Cabinet Magazine (2001); Imago Musicae: International Yearbook of Musical Iconography (2014-15); Nineteenth Century Art Worldwide (2015); The Bulletins of the Serving Library (2015 and 2016); American Studies Journal (2016); Panorama (2019); and William James Studies (2017); as well as in anthologies of essays devoted to fashion history and the architecture of modern department stores (2017). Her forthcoming co-authored essay, Confluence: Painting Seawater Across the Nineteenth Century Atlantic in the anthology Picture Ecology: Art and Ecocriticism in Planetary Perspective, will be released by Yale University Press in November.

Her co-edited collection of essays, entitled Ecocriticism and the Anthropocene in Nineteenth Century Visual Culture, was published by Routledge in 2019.

Professor Gephart's courses focus on the social and intellectual contexts for all forms of American and modern art; she teaches on visual studies; on landscape, nature and ecology; on the dynamic global origins of modernism; on art and identity in the United States in the 19th and 20th centuries; on narrating contemporary art’s emerging histories; and on interpretive critical methodologies. In addition to teaching in the Visual and Material Studies program at the SMFA, she has taught in the Tufts Department of Art and Art History, and in ILVS.