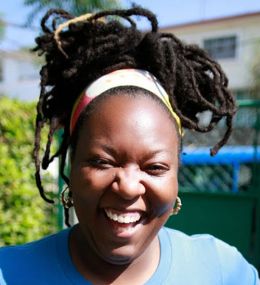 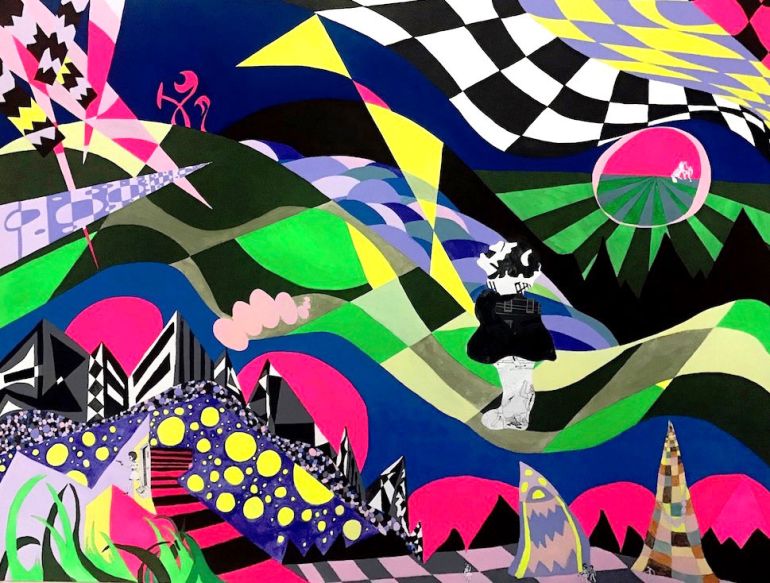 The Arrival
Acrylic and collage on canvas, 54x70, 2018
Biography

Karmimadeebora McMillan was born in Fayetteville, North Carolina and is based in Brooklyn, New York. She has a MFA (2013) and Post Baccalaureate certificate (2011) from The School of the Museum of Arts, Boston. She also holds BA in Visual Arts, (1999) from Fayetteville State University, an AFA (1997) from Peace College. McMillan's paintings are influenced by her southern childhood through brightly colored fragmented quilted landscapes combined with characters from racist’s propaganda and black dolls she finds in southern flea markets.

After graduate school Karmima worked for the well-known street artist Swoon for 5 years as her business manager and helped start her non-profit organization Heliotrope Foundation, where she served as a member of the board and eventually became the Director of the foundation.

Karmimadeebora is currently a part-time faculty member at SMFA at Tufts and pursuing a painting career in Brooklyn, New York.