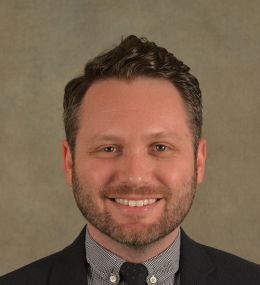 Matthew Hipps is a film historian with research and teaching interests in early cinema, animation, nontheatrical film and media, fan and audience studies, and film applications in immersive storytelling. His most recent research focuses on the confluence of blockbuster cinema and theme park movie rides, theories of embodied spectatorship, queer theory, and modes of alternative cinema exhibition. Matthew is currently completing his dissertation, tentatively titled Ride Films, Immersion, and Queering the Theme Park Experience, for his PhD in Film Studies from the University of Iowa. He received his Master’s in Film Studies from Columbia University and Bachelor’s in Communication with emphasis on Political Science and Motion Pictures from the University of Miami. Matthew previously wrote on silent cinema and was honored to be selected as a member of the Collegium at Le Giornate del Cinema Muto in 2011. He has also worked in various teaching positions over the past decade, including at The Museum of the Moving Image, CUNY: Kingsborough Community College, Shenandoah University, and the University of Iowa. His past course topics include introductions to mass media, film theory, film analysis, world film history, and contemporary cinema, as well as more advanced courses on North American animation, film criticism, film franchises, blockbuster cinema, and alternative forms of cinema exhibition and spectatorship.