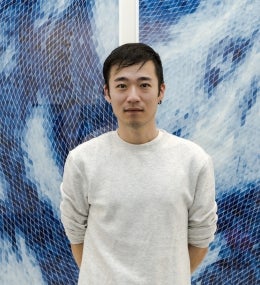 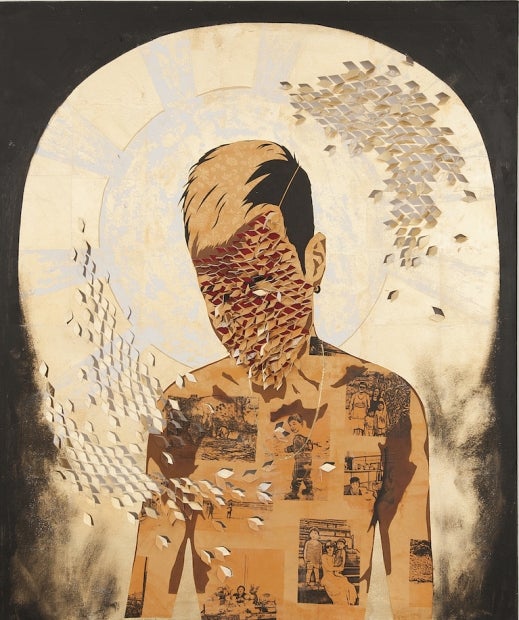 A portrait of the cometboy as a bearer of memories
2019 Korean silk, heat transfer ink, gold leaf, silk screen ink and oil painting on canvas 38” x 45” 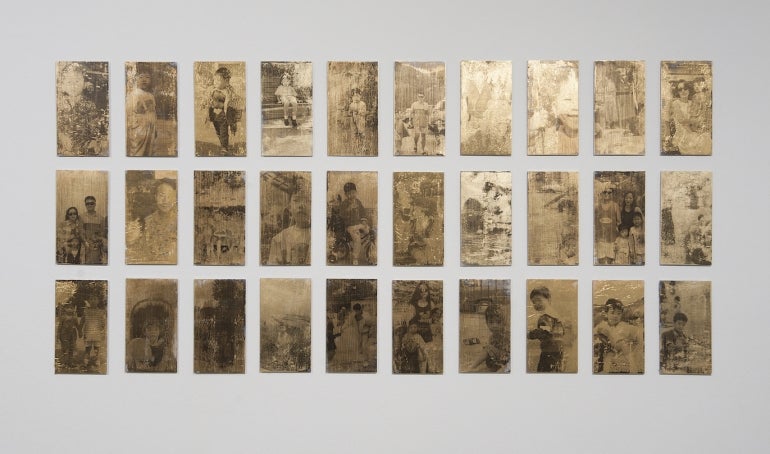 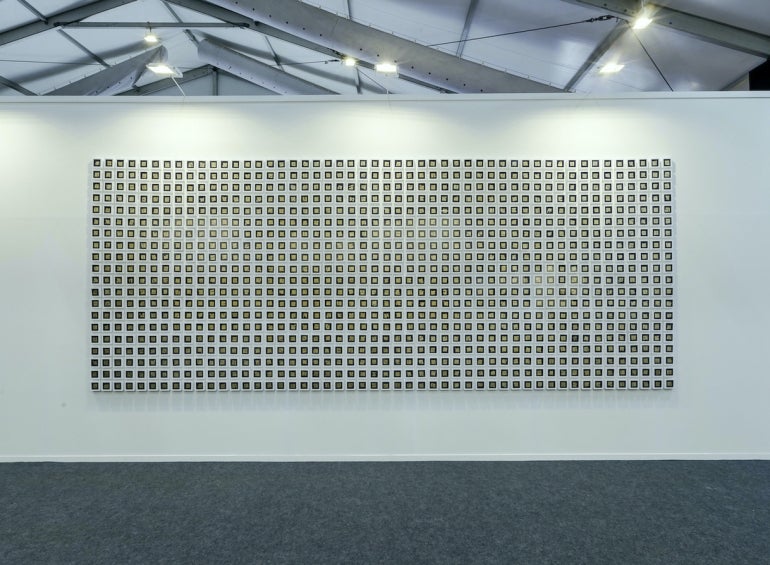 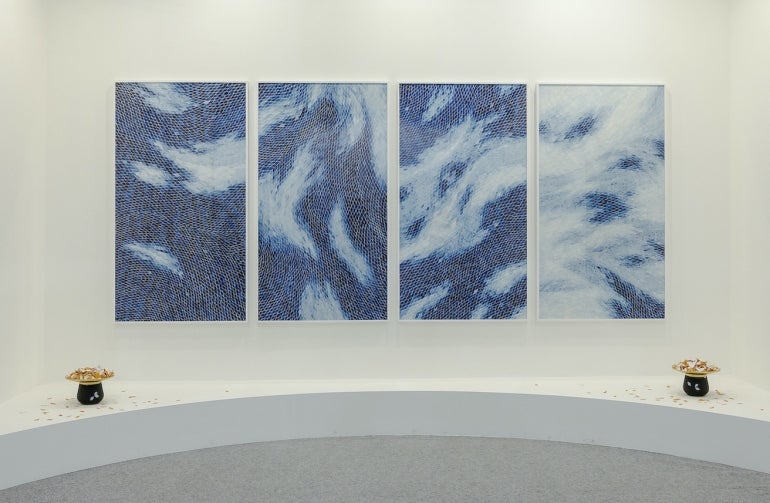 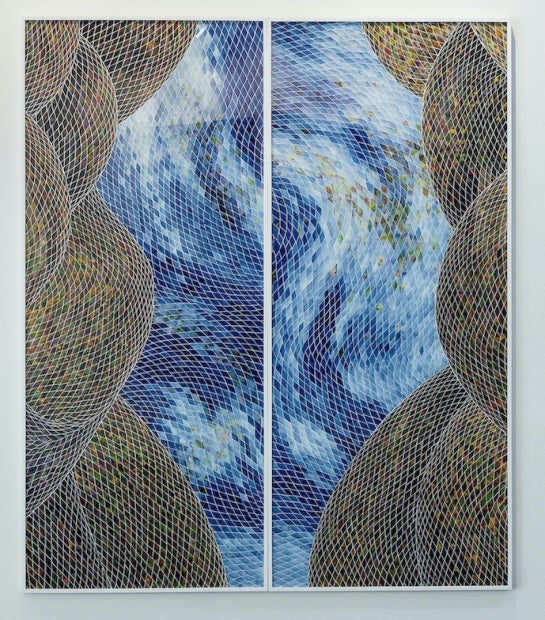 Timothy Hyunsoo Lee is a multidisciplinary visual artist born in Seoul, South Korea and raised in New York City. He received his BA in Neuroscience, Biology and Studio Art from Wesleyan University (Middletown, CT) and his MFA in Computational Arts from Goldsmiths, University of London (London, UK). Working across mediums, and exploring themes of racial politics, of migration, of death and legacy, and of sexuality that emerged from personal experiences, Timothy’s works have been exhibited widely at venues such as the Studio Museum (New York), The Wallach Art Gallery of Columbia University (New York), The Smithsonian National Portrait Gallery (Washington DC), The National YoungArts Foundation Gallery (Miami, FL) and La Casa Encendida (Madrid, Spain). In 2017 he was commissioned by the MTA Arts & Design to create a public art project for their Stewart Manor LIRR station in Garden City, New York. His works are included in private and public collections around the world, including Facebook (Seattle, WA, USA), The MTA Arts & Design (New York), The Cleveland Clinic (Abu Dhabi, UAE), Memorial Sloan-Kettering Cancer Center (New York), The Basu Foundation for the Arts (Kolkata, India), and Fundacion DOP (Caracas, Venezuela).

I try to capture the discordant path of the immigration experience – walking as a ghost between two cultures but belonging to neither. My slanted eyes betrayed my Western tongue, and in this yellow body of mine I deeply understood the meaning of longing and belonging. In my current practice, I use my personal narratives as vectors for existential conversations about the sociopolitical self, of moving as dreaming, and for the practical study of the queer yellow body. My background in laboratory research ushers in an empirical approach to investigating the materiality and precision in my practice, that is complemented with the existential urgency of growing up between cultures – as an immigrant and a child of the diaspora. My works reflect my deep anxieties about the aging body, bound by societal constructs and abstract norms, but as I create I enter a moment that defies these concerns – a limbo where time and space are arrested. My works offer, at most, a snapshot of timeless pursuits – of dreams, legacies, and memories – captured by a body constantly in motion.