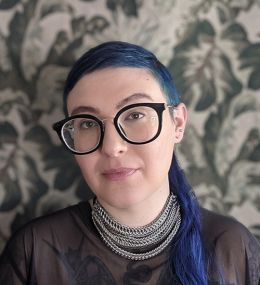 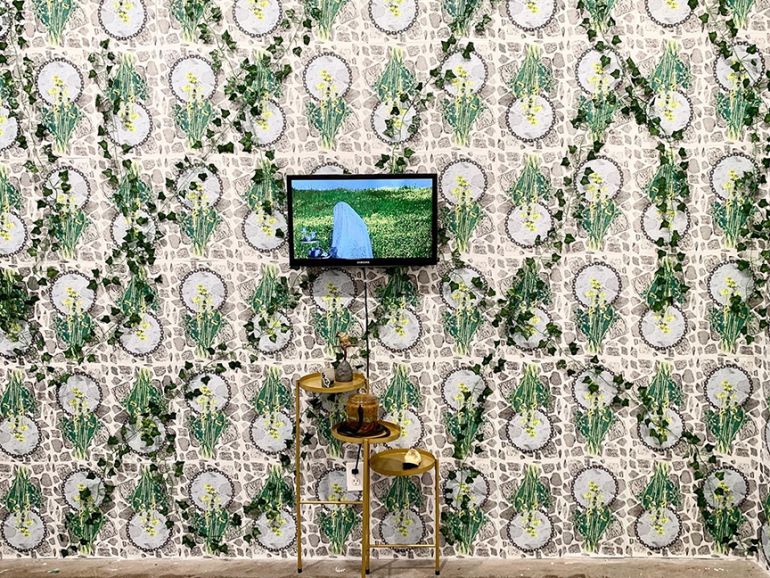 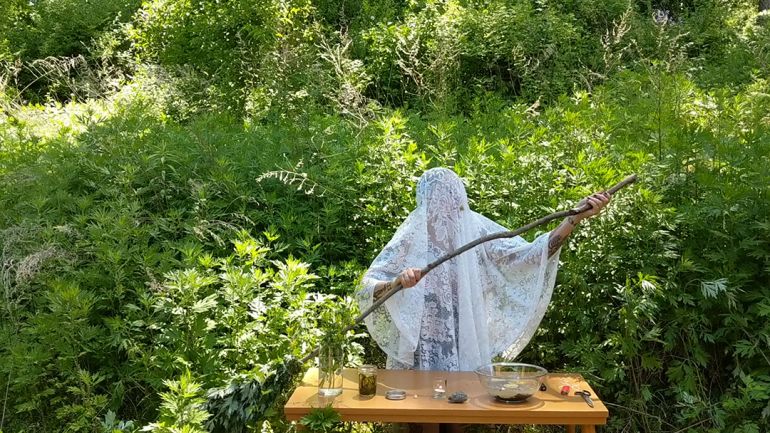 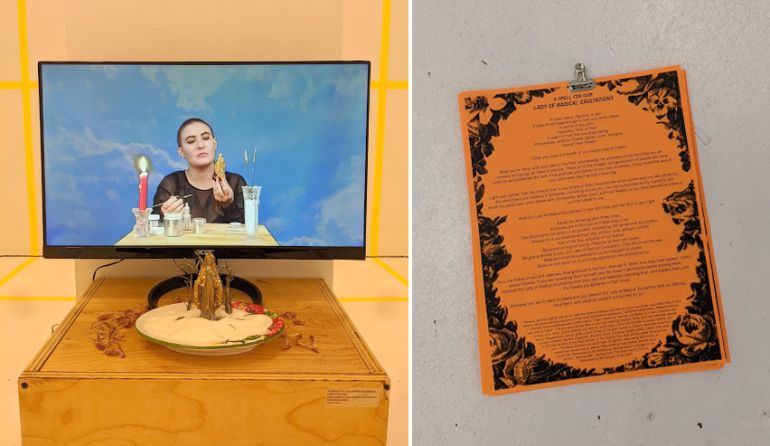 A Spell for Our Lady of Radical Exultations
Video with digital prints, flowers, salt, and figurine, installation variable, video 29:11, 2019 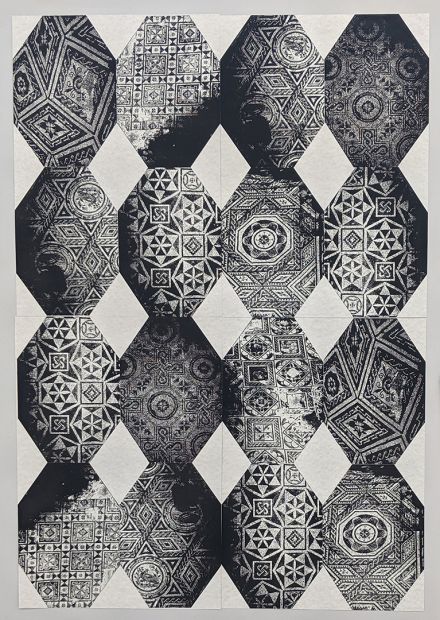 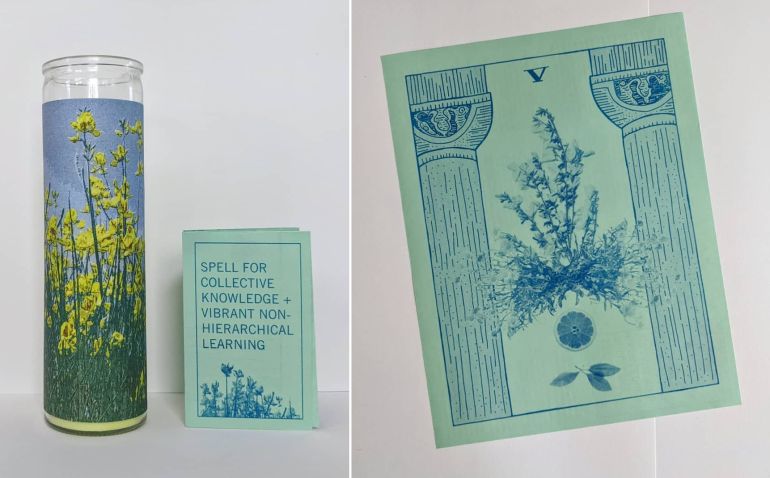 Spell for Collective Knowledge + Vibrant Non-Hierarchical Learning
Risograph printed candle and zine, candle 2 in x 8 in, zine 2.75 in x 4.25 in, 2021 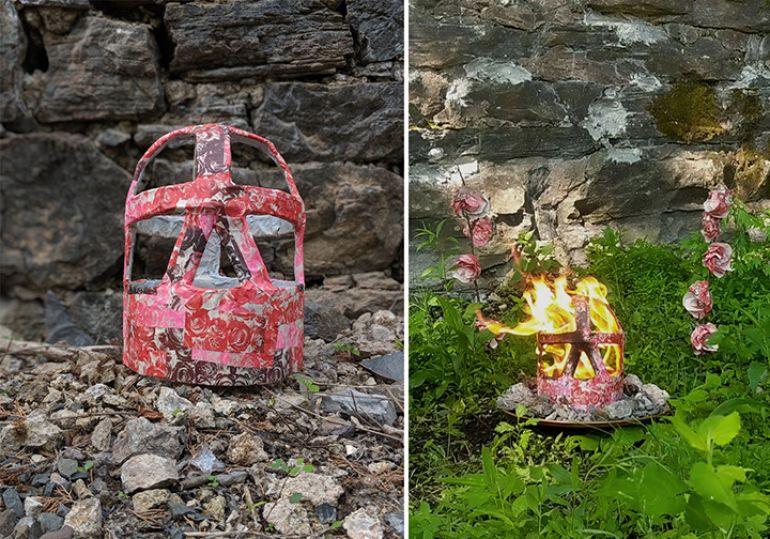 Spell to Protect the USPS
Collaboration with Maria Molteni, video and risograph printed postcards, video 17:37, postcards 4 in x 6 in, 2020
Biography

In their interdisciplinary practice, Vin Caponigro blends accessible and egalitarian concepts and rituals to explore ideas of restriction, reproduction, and surrender through writing, performance, and the creation of multiples. Caponigro’s research includes how those in power have used storytelling and reproducible media to control history, and how marginalized communities have used independent publishing to tell their own stories and fight back against oppressive systems.

Before its dissolution, Caponigro was a founding member of the non-anonymous W.I.T.C.H. Chicago. Caponigro frequently facilitates workshops and speaks on panels, recently at Harvard University, the Museum of Contemporary Art Chicago, Emerson College, the University of Kentucky, Oberlin College, and NYU Florence. They have facilitated numerous participatory performances, recently at Spaceus: Harvard Square, the Cincinnati Art Book Fair, the Future in Minneapolis, and in Boston Common. Caponigro has attended residencies in Estonia, Sicily, and the United States, including Zygote Press, ACRE, the Wassaic Project, and the Women’s Studio Workshop. In addition to solo exhibitions in Chicago and Baltimore, Caponigro’s work has been included in exhibitions at the Chicago Cultural Center, Beverly Art Center, the Highland Park Art Center, the Chicago Artist Coalition, the Nemeth Art Center, International Print Center in New York, and the canceled Collective Actions exhibition at the Whitney Museum.

Caponigro currently lives and works on occupied Massachusett and Wampanoag land, where they operate Snake Hair, an independent publisher of zines and ritual multiples. Caponigro received their Master of Fine Arts Degree from the School of the Art Institute of Chicago and their Bachelors Degree in the History of Art from Bryn Mawr College.