In the past three years, Azita Moradkhani has completed fourteen back-to-back artist residencies around the United States. “I was a nomad,” she says during an interview with SMFA. Raised in Iran, Azita chose to emigrate to the United States in conjunction with pursuing her MFA at SMFA.

When Trump was elected in 2016, she felt a deep need to understand how Americans lived and thought. “I'm a very political person. After election night, I just needed to see a different version of Americans than the one I was watching on social media.” Wanting to meet Americans “face to face” as an artist and a human, she became a pro at applying for residencies and moving her practice across borders.

Some of her stops along the journey included MASS MoCa, Yaddo, Atlantic Center for the Arts, and a one-year stint at Silver Art Projects in the new World Trade Center.

Azita just completed a stint at the McColl Center, a renovated neo-Gothic church turned studio and gallery space in Uptown Charlotte, North Carolina. She’s parked in her car in New York City, in the midst of searching for studio space, having chosen to ground herself in one place for a change.

Though true to her admittedly “restless” nature, Azita will be shuttling between locations— teaching at Adelphi University in Garden City, Parsons School of Design in New York City, and Rhode Island School of Design.

She first came to SMFA as an international student pursuing a Masters in Art Education in 2011 and genuinely struggled in the first term, making the adjustment from studying English in school in Iran to being able to speak and write fluently in an art education setting. The writing support she received at the StAAR Center made it possible for her to push through and succeed academically, ultimately as an MFA student.

It was a one-on-one meeting in her SMFA studio with professor of the practice and graduate program advisor Patte Loper that really propelled Azita forward with her work. “I had just walked into a Victoria’s Secret for the first time. It felt glorious, big, and luxurious. It immediately made me think about the power of censorship over women’s bodies in many other countries,” she recalls.

At the same time, she was intimidated by the Western expectations “like fairy tales” of how women’s bodies are expected to look. “It was double exposure to think about pleasure versus pain, and public versus private in two different societies.”

She started to collect magazine and catalog photographs of lingerie models and Victoria’s Secret “Angels” and to tack them to the walls of her studio hidden behind sketches and works in progress on other topics. When Patte visited the studio, she was looking through Azita’s work and peeled back layers of sketches to find those images.

“Patte told me that it was an interesting idea, and I should pursue it. That was the spark I will never forget,” she says.

It was from that desire to unravel and bare double exposures that Azita began a series of colored pencil drawings that start with the shape of corsets, baby doll slips, panties or intimate body parts and then reveal a secret inner anatomy. Gallery Kayafas in Boston gave her a first solo show in 2016, Victorious Secrets.

This work and the oeuvre she built from it incorporating painted body casts and performance art have built her an established practice as an artist and academic.

She hasn’t stopped moving. She says, “Right now, I'm working on translating my drawings onto the fabric of lingerie, making actual garments for two upcoming art exhibitions, and a runway show next.” But first she’s off to visit family in Iran for the first time in more than a decade.

Lead image courtesy of Azita Moradkhani. "Revlotuion" Colored Pencil, 19 x 24 inches, 2019. Note: the image on the drawing is based on a photograph of Iranian women marching against the Hijab Law in 1979. The photo was taken by Hengameh Golestan, one of the few documentary photographers to capture the women's protests during the Iranian Islamic Revolution of 1979 over the law forcing them to wear a headscarf in public. 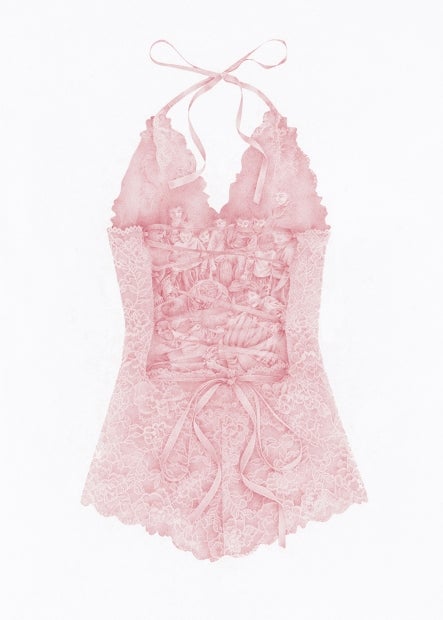 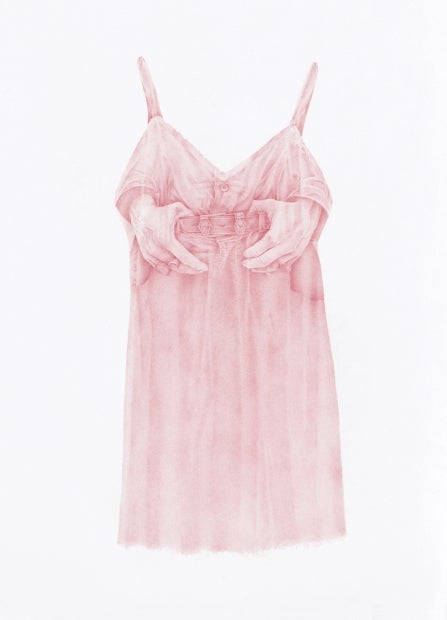 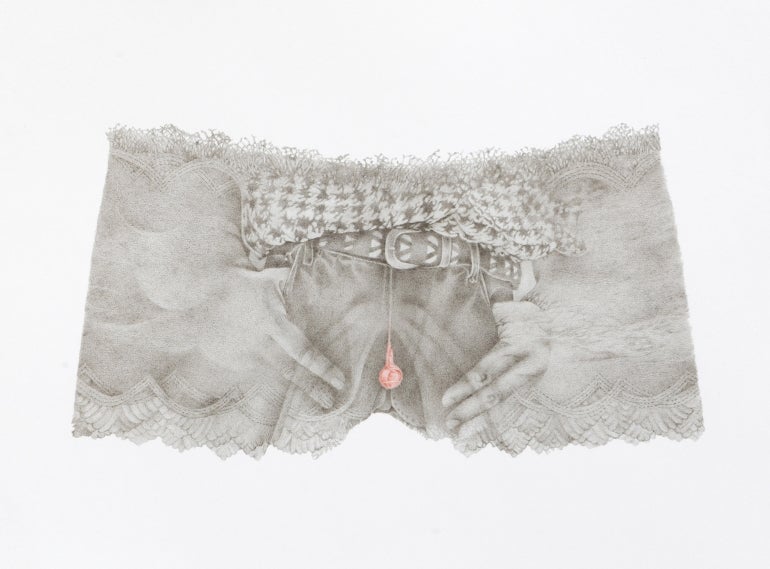 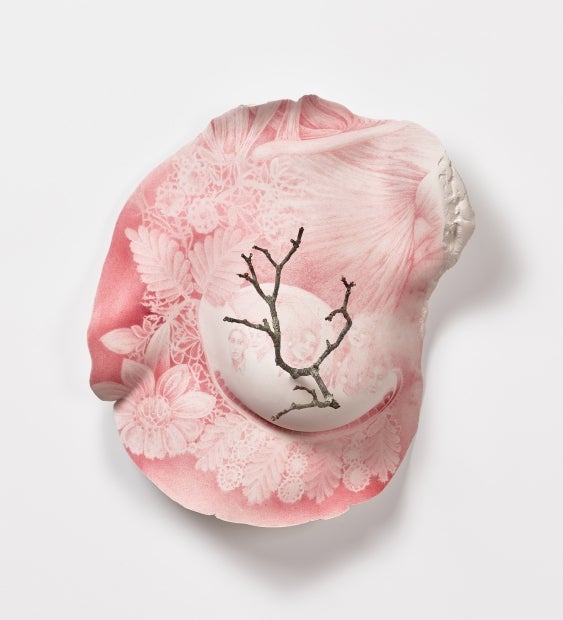 Image courtesy of Azita Moradkhani. "Cycle", Mixed-Media (paper clay, colored pencil, and branch of a tree), 14h x 10w x 4d inches, 2017. Note: the male figure in the drawing is based on a photograph of an Iranian photojournalist and artist, Kaveh Golestan. 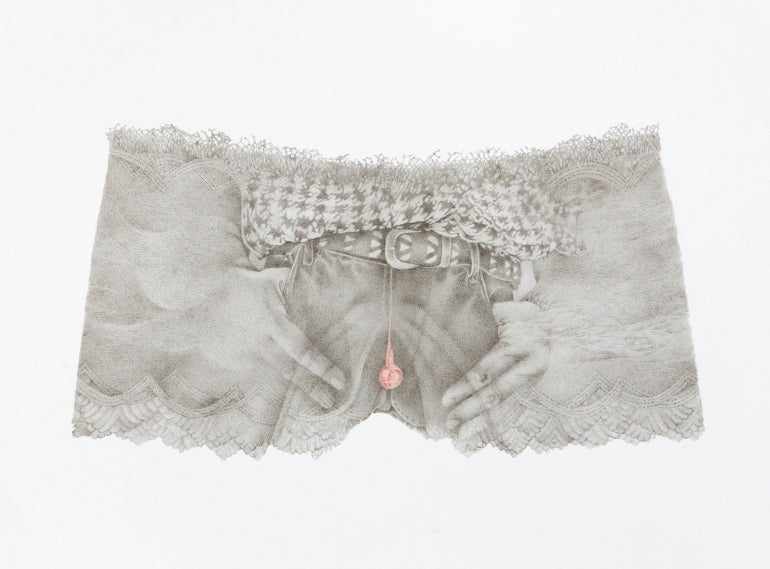