“What are you really interested in?” Gabriel Sosa remembers the SMFA faculty asking him this question over and over back when he was a graduate student.

“One of the things I walked away with was the idea of focusing your work around the answer to that question. That’s something I now teach my own students at MassArt,” he says. “The SMFA faculty were enormous influences on me.”

Gabriel’s starting point has always been broadening and building community. It’s what he’s “really interested in.”

Before beginning his graduate studies at SMFA, Gabriel, who is bilingual in English and Spanish, worked as an interpreter in the Massachusetts court system.

"I’ve always made art and been excited to think about art, talk about art, and encourage other people to make it too. I worked for a few years as an interpreter in the state court system before deciding to go back to making art in a serious way in the MFA program,” he says.

He held onto the role during and after graduate school for a total of 12 years. The skills it demanded—helping, translating, and increasing accessibility—anchor his artistic practice and the way he approaches his two jobs as Deputy Director of Essex Art Center in Lawrence, Massachusetts, and a faculty member at MassArt.

“Whenever I do an exhibition or installation, I prioritize creating some kind of community programming. Maybe that's a writing workshop, a performance, or another participatory activity, I’m just constantly thinking of alternative ways for people to be involved with the work,” he says from his new home studio in Salem, Massachusetts.

The space is down the hall from where his newborn daughter sleeps. “Being a dad is by far my favorite art project,” he says. Gabriel can be found after she goes down “in the quiet of the night” hunched over a big IKEA kitchen island that he uses as a drawing table. “There’s eraser shavings all over everything.”

Drawing has always been at the core of Gabriel’s practice. He has spent the last year preparing for No Vehicles in the Park, his first solo museum exhibition, which opened on October 1 at the Fitchburg Art Museum. The work examines legal codes and notions of permanency and impermanency through the medium.

“Something I love about drawing is the power of erasure,” he says. “You can really modify something with a certain ease, yet a residue remains. I’m looking at it as a metaphor for how language is used, often in very manipulative ways, in the political and legal context in the US.”

This new body of work builds upon previous interventions like Take One, a 2021 installation Gabriel created for “Exposed,'' an annual public art intervention at The Current in Stowe, Vermont, three blingy gold newspaper distribution boxes were placed in high traffic locations, with the work’s title appearing in their windows as an imperative.

Viewers became readers and then participants as they took a poster from the box and hung it in a place of their choice. Each poster posed a question from a criminal courtroom proceeding, paired with a statistic on the flip side. Gabriel explains, “The questions, posed by judges to defendants, are sourced from pleas in which I have participated as a court-certified Spanish interpreter in Boston.”

It’s impossible to encounter a poster and not think about the overwhelming number of guilty pleas in U.S. courts. “Are you pleading guilty because you are guilty and for no other reason?” asks one poster pointedly.

As an artist, an arts professional, and an educator, Sosa resists pandering to the contemporary art market. He’s instead interested in translating art or cracking it wide open to be non-intimidating, poignant, and accessible.

“Any artwork is community-based in some way because unless you’re making work in a closed space and you’re not going to show it to anybody, it’s not just about you. It’s about others,” he believes. 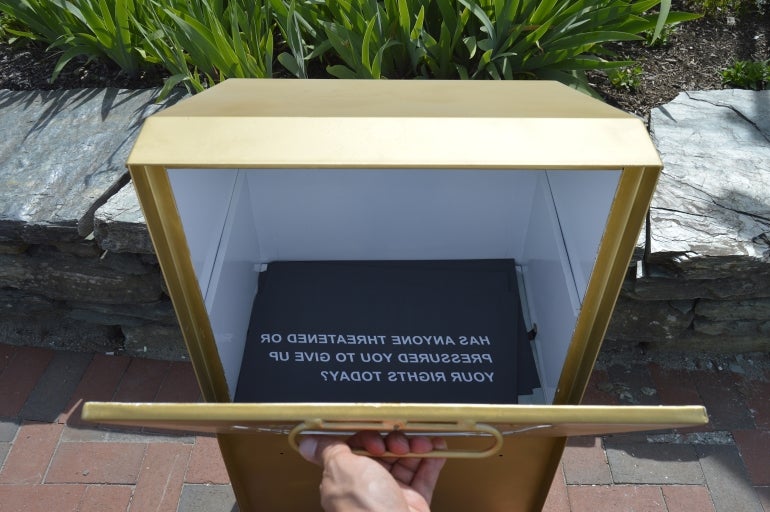 Image courtesy of Gabriel Sosa. "Take One" installation inside view, 2021 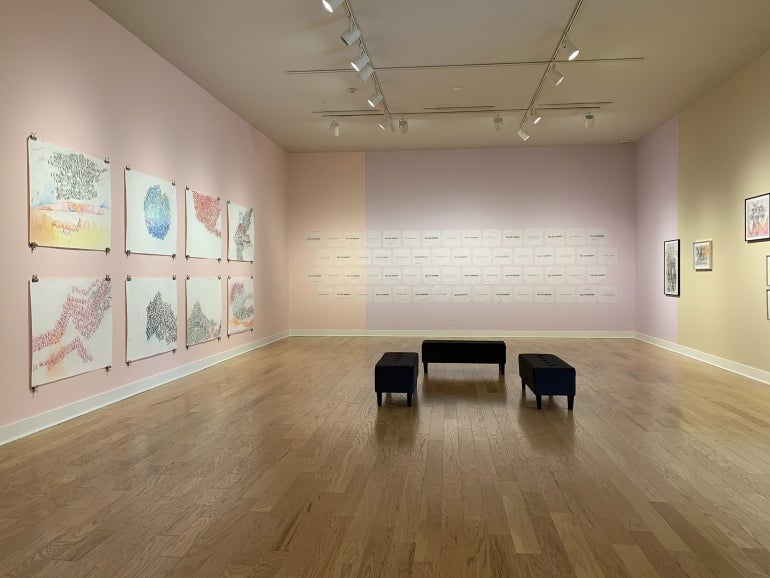 Image courtesy of Gabriel Sosa. Installation view of "No Vehicles in the Park". 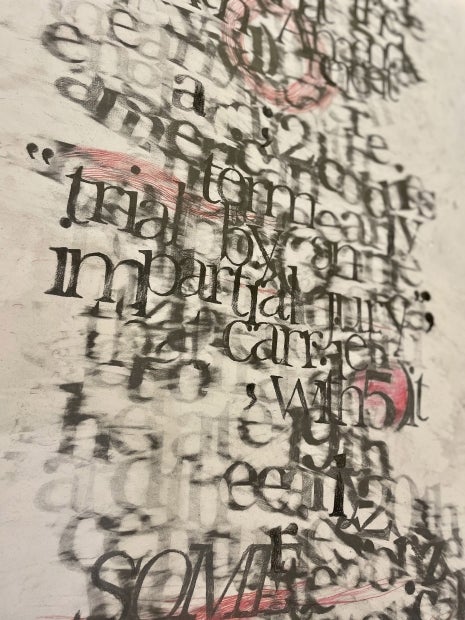 Image courtesy of Gabriel Sosa. "Twelve out of twelve", 2022. 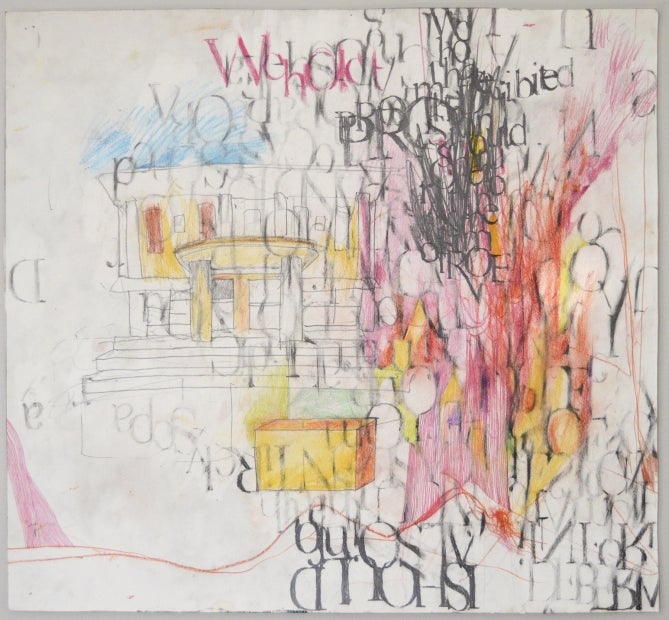